Michael A. Kozlowski is a native of Detroit, MI, where he still resides. He mostly creates stories of horror and suspense and has a tendency to shy away from happy endings.

When not writing, Mike enjoys fronting a rock and roll cover band, playing guitar, dabbling in fine art and graphic design so he doesn’t feel like he completely wasted all that time in college, and exploring the hidden gems and cultural offerings of Detroit; a city that still surprises him and that he is proud to call home.

Michael has gathered a number of his published works into the 5-star reviewed collection Some Days Suck, Some Days Suck Worse, which has received accolades from the likes of Bram Stoker award winner, Weston Oches and bestselling author Jay Wilburn.

His debut novel, Angel of Death, has been well received by many of his fellow horror authors and his mom; who is the only person that actually calls him Michael and would like to remind you that he is a very special boy and that everyone should buy his books and make him famous.

Join today and receive news, periodic updates and special offers and access exclusive to the “Faithful Few.” We promise not to spam you with emails every day. 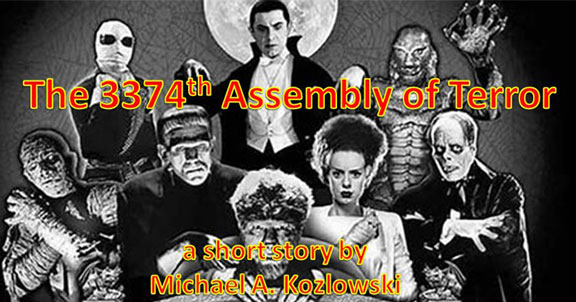 Join today and receive the previously unpublished story, The 3374th Assembly of Terror!